A bridge over troubled motors

The M4 is a constant looming presence on the Cotswold Way.   Walking from the north, you start off 80 miles or so away from it, but you always know that it’s there in-between you and Bath.  At some point it has to be crossed. 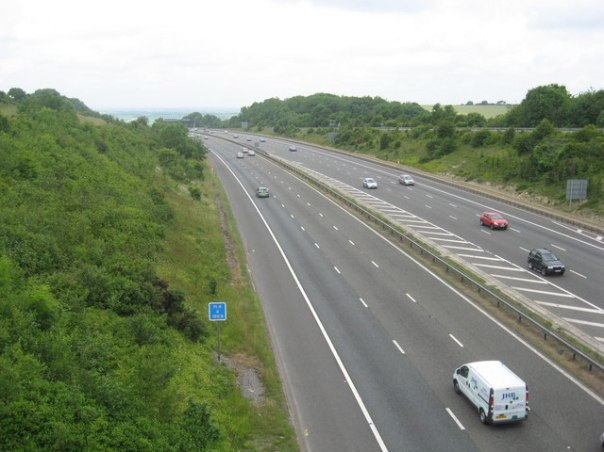 The M4 heading west near Tormarton
© Copyright Dr Duncan Pepper and licensed for reuse under this Creative Commons Licence.

Alice’s blisters have (just about) healed enough for her to start again on her Cotswold Way Challenge and I joined her again this week for another section, as she approached the motorway. You first hear it as you reach the churchyard at Old Sodbury. It’s still three or four miles away, but the elevated position of the church, which gives it a great view, seems to help the sound to travel there. After that you’re into more of a dip as you cross Dodington Park and the sound fades away, but not for long.

The trail crosses the A46 and heads east to Tormarton to avoid the motorway junction and find a quieter bridge over the M4.   There’s still an uncomfortable section walking along quite a busy road that has no pavement either side, before the path turns and heads back west.  For almost two miles you’re walking roughly parallel to the motorway and only a short distance away from it, with the constant roar of traffic from both the M4 and the A46.   It must be about the least attractive bit of the Cotswold Way (although the dreadful fly-tipping mess of the old quarries above Cheltenham probably pips it).

So I hereby launch the campaign for a new pedestrian footbridge over the M4.  I’d suggest a position just west of the A46, roughly by Springs Farm, where the motorway is still in a cutting, before falling away down what remains of the Cotswold escarpment at this point.   It could be a very striking position for a bridge, and brings to mind the elegant pedestrian bridge that carries the Pennine Way over the M62.   I hear that a new garden footbridge is planned for the Thames in London that is likely to cost 170 million pounds.    A bridge over the M4 for the Cotswold Way might not be as high profile as that, but it could surely be built from the small change left over. 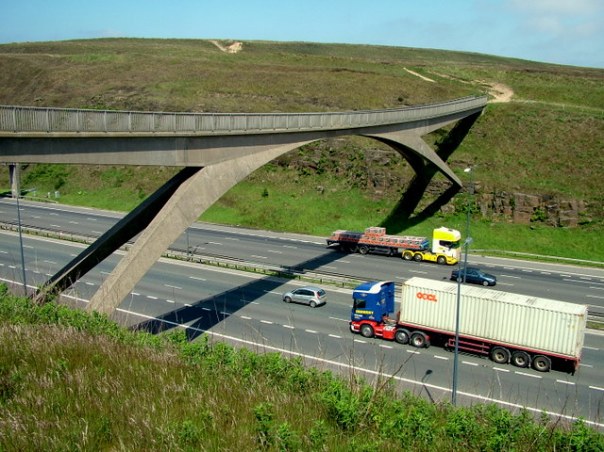 Up and down the Cotswold Way

The Cotswold Way is my local path, or at least my local long-distance footpath. I’ve walked some bits of it many times and many bits of it some times. But I’ve never walked the whole length of it – just over 100 miles from Chipping Campden in the north to Bath in the south. That’s the challenge my daughter has taken on, to raise money for Raleigh International.

So this week I set off to walk the first stretch with her. From Chipping Campden the path rises up to Dover Hill and along the Cotswold escarpment to Broadway Tower, before descending into Broadway. 5 miles down, and so far so good – a quick stop in one of Broadway’s many tea rooms and off back up the hill. A short walk along the top and again it’s not long before we’re back down in the valley at Stanton, described in two different guide books as being the ‘quintessential’ Cotswold village – a word that seems to have been invented just for Stanton. Across some distinctive ‘Ridge and Furrow’ fields to Stanway and Wood Stanway, and then we’re climbing again, steeply up the escarpment as it starts to rain, gently at first, and then more persistently. This is the low point of the day’s walk – legs are starting to tire, as the rain gets heavier and heavier, and we still have a lot of miles to go. 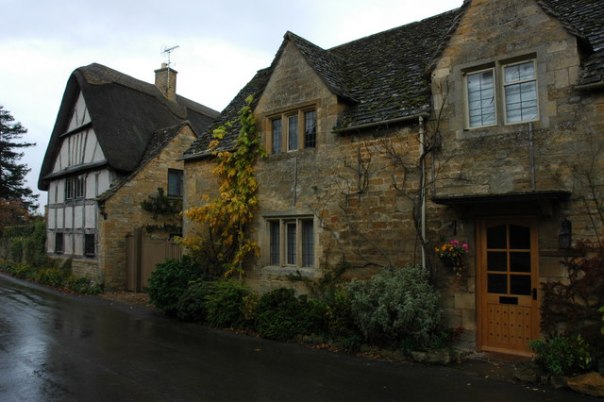 From the top of the hill at Stumps Cross, the path runs along past quarries before starting to descend again towards Hailes Abbey. The rain has eased off, but by now this pattern of continual climbing up the escarpment, then descending back down into the valley is starting to lose its interest – couldn’t they just design a path that follows the top of the escarpment? I suppose people from further away appreciate a route that takes in many of the towns and villages along the way, but as someone relatively familiar with the local area, it’s the bracing walks along the tops of hills, and the views that come with them, that are the attraction of the Cotswold Way. 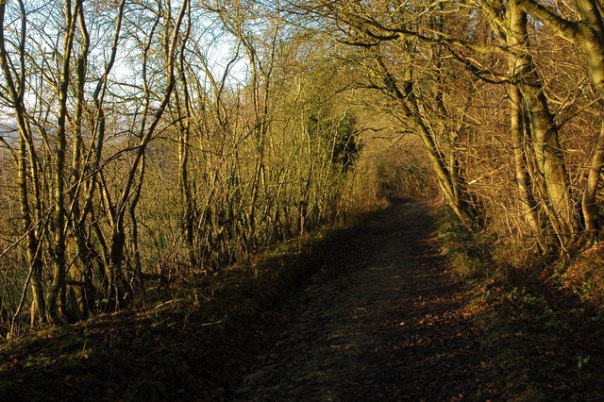 The Cotswold Way above Hailes. Photo by Philip Halling

From Hailes the route cuts across fields to Winchcombe, before we start to climb again up to Belas Knap. That’s four times climbing up to the Cotswold escarpment in a single day, and by now we’ve done nearly 20 miles of almost continual up and down. It’s a long time since I’ve walked anything like as far as that in a single day, and I can certainly feel it in my legs. Alice is maybe not as exhausted as I am, but her feet are far worse, badly blistered and painful with every step.

I’m just doing the one day, but her plan was to keep going for several days. She hobbles on for most of the next morning, but the blisters win and she has to take a temporary break. She’ll be back to do the rest of it, by which time I may have recovered enough to walk another stretch too.