I keep coming back to the launch of Penguin Books in July 1935.  In publishing terms it was an absolutely seminal event, and this blog is after all called Paperback Revolution.

But one of the reasons I keep coming back to it is that I still feel it’s an event that is often misunderstood.  Some people seem to think paperbacks didn’t even exist before Penguin, although they had already existed for centuries.  Others think they were the first to sell at 6d, although lots of paperbacks were sold at 6d before Penguin, and at cheaper prices too. There was even a series of hardback books at 7d, launched shortly before Penguin. Another claim is that Penguin’s key breakthrough was to publish contemporary literature in paperback, within a year or two of first publication.  In practice though, their first ten books were published on average 12 years after first publication, and for the second ten this rose to 17 years.

But one of the most persistent beliefs is that Penguin were the first to sell quality highbrow literature in paperback, whereas most previous paperbacks were downmarket and trashy.  There’s enough truth in this one to encourage its adherents, but it needs to be examined critically. 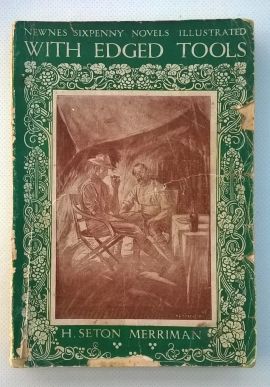 These were the first ten Penguins, published in July 1935:

There can be no doubt about ‘A farewell to arms’.  This is a genuine classic, the reputation of which was already established by 1935 and has only continued to grow since then.  But what about the rest of them?

‘Ariel’, a biography of Shelley translated from the original French, was surely a serious highbrow book?  Well, not really.  It’s an example of a romance biography, which had been a relatively new style in the 1920s (the book was first published in France in 1923, and in Britain in 1924), combining fictionalised elements with a description of Shelley’s life.  Described by one recent reviewer as ‘a featherlite meringue of a book … Shelley’s short life as a Hollywood melodrama … Skin-deep characterisation, shamelessly invented conversations and pulse-pounding dramaturgy put the whole experience closer to Downton Abbey than anything resembling scholarly rigour’.  That doesn’t sound as if it’s a revolution from the paperbacks that were on offer before Penguin arrived.

Number 3, ‘Poet’s Pub’ is a sub-P.G. Wodehouse comic novel, while Number 4, ‘Madame Claire’ is a light romantic story, at best middlebrow.  Neither has laid any claim to literary posterity.  Numbers 5 and 6 are both crime stories, relatively classic ones, but from a genre that was widely available in paperback long before Penguin.  ‘Twenty-five’ by Beverley Nichols, is then an early ‘autobiography’ from someone now best known as a gardening writer.  In reality though it’s more an account of the various celebrities he had met.  In modern terms it’s almost celebrity journalism. 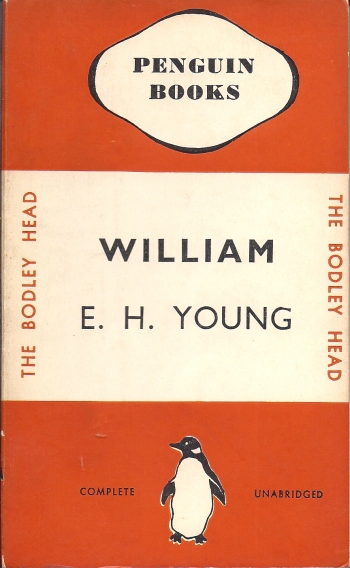 Number 8, ‘William’ by E.H. Young, is another light romantic novel by an author who was bestselling in her day, but has been forgotten by history, as is Number 9.  Mary Webb, author of ‘Gone to Earth’ wrote what have become known as ‘loam and lovechild’ stories of rural life, aping the style of Thomas Hardy.  Webb’s style had already been parodied by Stella Gibbons in ‘Cold Comfort Farm’, which might have been a more radical choice for Penguin’s ‘first ten’.  It did appear later.

That leaves ‘Carnival’ by Compton Mackenzie, the oldest book in the first batch, having been first published in 1912.  It’s the story of a dancer, her life and loves, which had been very popular in its day and twice made into a film.  Maybe a slightly more serious choice, but certainly not a revolution in terms of the type of book available in paperback.

As an aside, two of those ‘first ten’ authors,  Compton Mackenzie and Eric Linklater, were active in the Scottish National Party, formed only a few years earlier, even though Mackenzie was born in England and Linklater in Wales.  Perhaps their political legacy is greater than their literary legacy?

Overall it seems to me hard to sustain an argument that Penguin’s early success was due to publishing more highbrow literature than had previously been available in paperback.  The story is more complicated than that.  Penguin undoubtedly did go on to publish serious literature and established something of a highbrow reputation through ventures such as Pelican and the Penguin Classics.  But I’d argue their early success was more to do with getting rid of illustrated covers, than with the actual quality of the literature.  Penguin’s real trick was to make you feel you were reading serious literature, rather than another trashy paperback.  But what it actually served up within those iconic covers, was often very similar to what had gone before.