Running for over 20 years and over 1000 books, the White Circle paperbacks from Collins were for a long time a familiar sight, not only in Britain, but in Australia, Canada and India.  Nowadays though their Indian editions are little known, and it’s difficult to find out anything much either about their series of Services Editions, produced for the British Forces from 1943 to 1946. 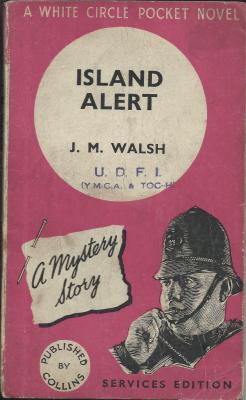 Collins contributed far more books than any other single publisher to Services Editions during the war.   Although the Guild Books series was longer, the Guild was an association of over 20 publishers, with no individual publisher providing more than 20 to 25 books.  Collins themselves provided at least 6 books to this series, in addition to 164 books in their own series.

They also seem to have met well the brief provided by the Services for the type of books required.  In earlier correspondence between Allen Lane and the Services Central Book Depot, about the Penguin Forces Book Club, Lane referred to the Services asking for three categories of book -‘warm’ fiction, westerns and crime.  Penguin’s inability to meet this requirement was one of the reasons for the failure of the Forces Book Club.   Collins though were a perfect fit.  They were probably the largest, and certainly the best known, publisher of crime fiction, through the Collins Crime Club.  Their White Circle series already included a large selection of westerns, and although I’m not entirely sure what warm fiction is, I suspect that many of their general fiction titles probably fell into this category. 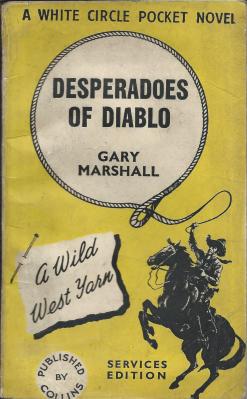 As with most of the other Services Editions, there is no complete list of the titles in the Collins series, and to the best of my knowledge, there is no collection of them in any library.   There is an incomplete list on my Services Editions website, and although I can’t entirely tie up numbers and titles, I think I know the titles of all but 3 books.    The western titles in yellow covers seem to be particularly difficult to trace, presumably because they were more frequently read than the others and disintegrated more quickly.   I’d love to hear from anybody who has knowledge of these books, or even better has copies of them.

As with the Guild Services Editions, there are problems in identifying first printings and reprints. In the case of Collins the printing dates are shown correctly, but previous printings are not shown. For instance a copy of ‘Murder at Lilac Cottage’ by John Rhode, might show the printing history as ‘First published 1940. Services Edition 1946’. This looks like a first printing of the Services Edition, but fails to mention the previous printing in 1943. The best clue to this is the numbering of the books – books numbered roughly from c201 to c242 (or with no number) were first printed in 1943, from c243 to c283 in 1944, from c284 to c349 in 1945 and from c350 onwards in 1946. As ‘Murder at Lilac Cottage’ is numbered c217, a 1946 printing must be a reprint. 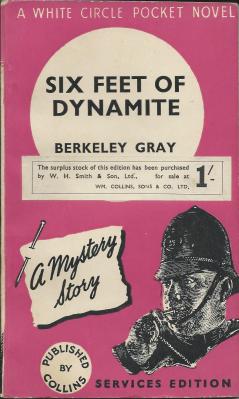 Of course reprints are much easier to find than first printings, and a high proportion of the books that turn up nowadays are those that were sold on to W.H. Smith for general sale when the Services Editions scheme came to an end in 1946. Perhaps 10 million copies of this series were originally printed, but the numbers remaining today, particularly of the early titles, are a tiny, tiny fraction of that.